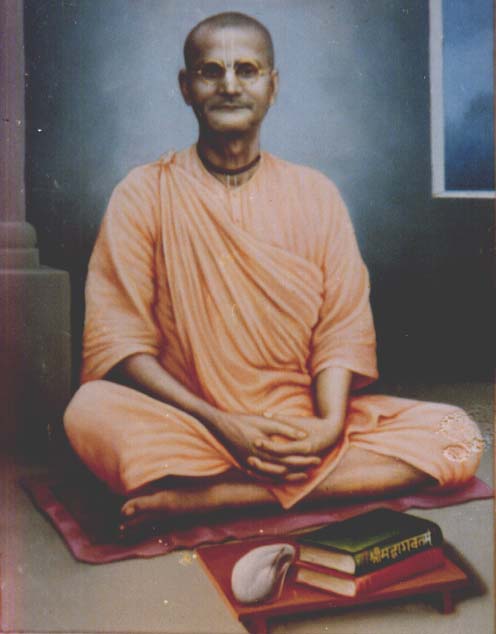 The first example of Vasudeva is in Bhagavad-Gita, chapter 7, verse 19 below:

Thus after innumerable births one who is perfected in wisdom, understanding completely that Vasudeva is the ultimate cause of all causes surrenders unto Me; such a great soul is very rare.

Of the descendants of Vrisni I am Vasudeva, of the Pandavas I am Dhananjaya, of the holy sages I am Vyasadeva and among great scholars of scriptures I am Usana.

Vasudeva speaking to Arjuna in this way, exhibited His four-armed form and then again appeared in His beautiful two armed form as the Supreme Lord Krishna and pacified Arjunas fears.

Then in the concluding chapter of Srimad Bhagavad-Gita, Vedavyasa again refers to Lord Krishna as Vasudeva in the Bhagavad-Gita, chapter 18, verse 74:

Thus I have heard this wonderful divine, discourse between two great souls Vasudeva and Arjuna and it is so electrifying that my hair is standing on end.

The ultimate goal of all knowledge is the Supreme Lord Krishna known as Vasudeva. The purpose of all austerities is to please Vasudeva. The purpose of yoga is to realize Vasudeva. All benefits which we receive are awarded by Vasudeva solely and all penances are performed to learn Vasudeva only. Vasudeva is the Supreme knowledge. Righteousness in its most complete form is rendering loving devotional service unto Him. Vasudeva is the supreme goal and ultimate reality of all existence.

So from this brief introduction the criteria of Vasudeva has been amply established .

In India at the present time there is an archeological phenomena from antiquity. In the Vedic culture it is known as the Garuda Stambha a pillar of stone with a statue of the Lords carrier Garuda on top of it but in western archeological circles it is called the Heliodorus Column. The marvel of the Heliodorus Column is that it reveals that the cultured and intelligentsia from western society were knowledgeable and adept regarding the Vedic culture even before the birth of Christ to the point of embracing and adopting it as their own as is evidenced by the Greek ambassador at the time named Heliodorus, who was so devoted and entralled by the Vedic culture that he established a memorial to Vasudeva Krishna over 2000 years ago that is still existing in Madhya Pradesh in India.

Heliodorus was the Greek ambassador to India 150 years before the birth of Jesus Christ. As a diplomat representing Greece in a foreign country, Ambassador Heliodorus obviously had the full confidence of the cultured Grecian government and undoubtedly possessed a sophisticated understanding of the world as it existed at that time. Although his political skills and diplomatic expertise certainly must have been exemplary, they are not however what he is best known for.

What establishes his importance and what he is best known for is the erection in 113 B.C. of his monumental pillar at Besnagar in Madhya Pradesh India which glorifies Vasudeva the direct expansion of Lord Krishna. Although knowledge of its existence is not so widespread in the international archeological circles of the world its proven legacy was quite sensational and its discovery revealed the sublime universality and profound influence of the imperishable Vedic culture. Especially in light of the fact that the western countries received the vast majority of their knowledge data base from the cultured Greeks makes this a very significant and unique archeological discovery of worldwide importance.

The Heliodorus column first came to the attention of the western intelligentsia during an archeological expedition from England in 1877 headed by Sir Alexander Cunningham. After analyzing the style and form of the column he incorrectly deduced that it was erected during the reign of the Imperial Gupta dynasty in 200A.D. He never dreamed that underneath the thick coating of red silt accumulated over the ages at the bottom of the pillar was an ancient inscription. However 32 years later an independent researcher accompanied by Dr. J.H. Marshall went to the site and had the coating of silt removed and then the inscription brought to light that the Heliodorus column was in fact erected in the second century B.C. several hundred years before the Imperial Gupta period.

Dr. Marshall described in an article he wrote in the Journal of the Royal Asiatic Society that Cunningham had made a mistake in his evaluation of the age of the column and could never have imagined the magnitude and value of the column which he had missed in his discovering. The language of the inscription was Prakriti influenced by Sanskrit and is called Brahmi and it conclusively proved its age back to 200 years before the birth of Jesus Christ.

This came as a great surprise to Dr. Marshall but what caused him to be amazed and what totally electrified the international archeological community as well was the translation of the ancient Brahmi script given below:

This Garuda pillar dedicated to Vasudeva, the lord of lords, has been erected by Heliodorus, a devotee of the Vedic culture, the son of Dion and resident of Taxsasila.

Who had come as an ambassador from the great King Antialkidas to the kingdom of King Bhagabhadra, the son of Kasi, the protector reigning prosperously in the fourteenth year of his kingship.

Now to put everything in the proper perspective it must be understood that Greece's greatest philosophers starting with Pythagoras who lived in 500B.C., Socrates who lived in 450B.C., Hippocrates who lived in 400B.C. and both Plato and Aristotle who lived in 350 B.C., all had come and preached their doctrines, defined their theories, promulgated their philosophies and wrote their treatises. Ambassador Heliodorus being among the cultured Greek elite in the 2nd century B.C. was most certainly well versed in the conclusions of all their philosophies. Yet and still Ambassador Heliodorus became an avid and enthusiastic devotee of the Supreme Lord Krishna and left a most impressive monumental pillar in the Heliodorus Column as a testament to this for posterity.

In conclusion it can be clearly ascertained that the Heliodorus Column effectively illustrates that the Vedic culture was excellent enough to capture the mind and the hearts of the refined and cultured Greeks; yet catholic enough to allow them into their ranks.